Explaining Why You Lost, Reasoning in Arbitration 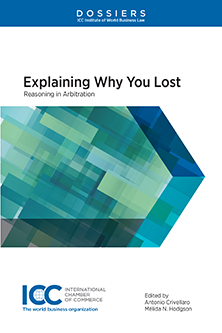 International arbitrators enjoy a considerable freedom in the conduct of the proceedings and in the decisions they make on the merits of the case.

Subject to few exceptions, their decisions are final. Although absence of jurisdiction, lack of independence or impartiality, breach of due process, excess of power and violation of international public policy may lead to the setting aside of an award, it is rarely the case of wrong decisions on the merits. These are very few juridictions where a superficial assessment of the facts or a misinterpretation of the contract are grounds for setting aside an award. The same applies to an inaccurate application of the law, with the exceptions of some common law countries, such England and the United States.

The discussions on this subject were held during the 39th Annual Conference of the ICC Institute on 17 December 2019. The program was prepared by two experienced members of the Institute Council, Antonio Crivellaro and Mélida N. Hodgson, who were able, with the support of contributors with huge expertise in their respective fields, to cover the various aspects of this fascinating subject and to provide practitioners and scholars with several new paths for reflection.